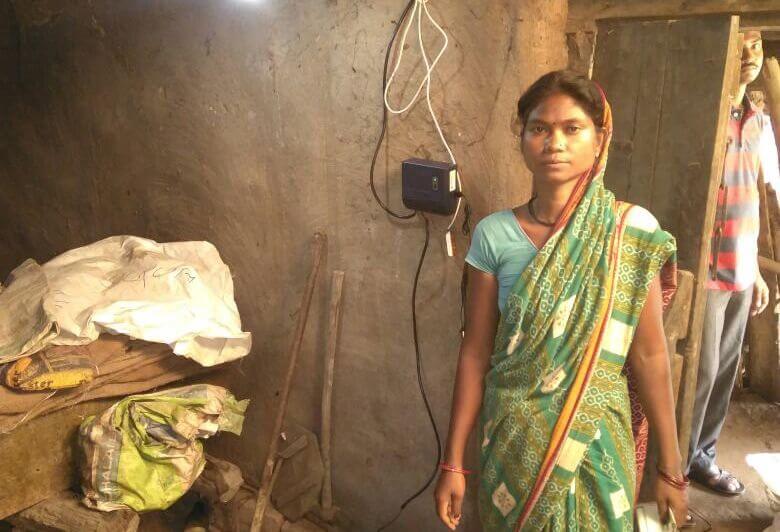 Debajit Palit of The Energy and Resources Institute (TERI), a research institute, says a newly announced government scheme is a step in the right direction to electrify all households in India, but only with change management at state-owned distributors

Since the Indian government announced in September a new scheme (called Saubhagya) to achieve universal electrification for urban and rural households by March 2019, much of the attention has been on the viability of such an ambitious goal. The new goal is certainly challenging (if not impossible) within the given timeframe. That said, Saubhagya does achieve some important advances worth noting.

The scheme estimates that there are about 25 million rural households that are still un-electrified or not covered under the broader rural electrification program, Deendayal Upadhyaya Gram Jyoti Yojana (DDUGJY). Additionally, there are 5 million urban un-electrified households. Saubhagya will run parallel to DDUGJY as needed until 2021–22, with a total cost outlay of about INR 16,320 crores (roughly $2.5 billion).

First, it expands subsidies for electrification to include not only below-the-poverty-line (BPL) households, and will now identify beneficiary households using 2011 socio-economic and caste census (SECC) data and provide free connections to unelectrified households having at least one “deprivation” (out of the 7 identified under SECC). This is significant as deprivation criteria are more encompassing, with parameters including female-headed households, scheduled caste and tribal households, landless households etc.

Second, households not eligible to get subsidy per SECC data can choose to be connected by paying INR 500 (about $8.00) to the electricity distribution companies (DISCOMs) in 10 on-bill installments (TERI had previously recommended such a micro-lending scheme). Many non-BPL households have not taken connections (for a variety of reasons), thereby creating a huge gap between the number of grid-connected villages and the number of households actually getting power. Despite a huge amount of money spent on creating electricity infrastructure for around 108,000 villages over the decade from 2004, the percentage of rural households electrified showed a marginal increase from 43% to around 60% as of March 2014.

Third, Saubhagya made a provision of solar power systems of 200–300Wp capacity for the 0.5 million households in extremely remote areas. Earlier programs for provision of solar home systems were limited to meeting only basic lighting needs. With the advent of energy efficient LEDs and other efficient appliances, a 300Wp panel can now easily power lighting for a number of rooms, as well as energy-efficient fans and televisions or other communication devices.

While implementation will have a number of challenges, Saubhagya should be credited with tackling these previous shortcomings. During the implementation period, the scheme will also assist in creating a large number of rural youth jobs as electricians for installation and maintenance.

And while the Saubhagya goals seem unrealistic to some, there is a precedent. For instance, West Bengal’s rural electrification rate more than doubled from 40% in 2011 to 95% in 2016, connecting an additional 7.8 million households. This was done primarily by the state DISCOM easing the process of connection, organizing camps and reducing the connection cost to just INR 379. This also assisted in substantially bringing down power theft. The major states with large number of un-electrified households (e.g. Assam, Bihar, Jharkhand, Odisha, Madhya Pradesh, and Rajasthan) have each less than 6 million unconnected households, with the exception of only Uttar Pradesh (approx. 14.6 million).

Evolution of rural electrification: from village to household

While the ultimate aim is providing reliable and affordable 24x7 power supply to all households, we also need to appreciate that this can be done progressively and not overnight. Since 2002, progressive steps have been taken to extend rural electrification and to make both the central and state governments obligated to universal access.

The current government has progressed further, with 99% of Indian villages now provided with electricity infrastructure. The next logical step to the Saubhagya scheme would be to ensure that all villages and households, once provided with electricity connection, should also get 24x7 power supply in the most reliable and affordable manner. The supply-side challenges that have persisted for a long time have been resolved to a large extent, and new capacities (especially based on grid-integrated renewable energy sources including rooftop solar and mini-grids) are being added to the system at a fast pace, with a national goal having 40% of the cumulative electric power installed capacity from non-fossil fuels by the year 2030.

24x7 power supply in villages: the challenges ahead

The task for providing electricity supply round-the-clock primarily falls on the mostly state-run DISCOMs. DISCOMs not only have to ensure that they produce/buy and supply electricity to rural areas, but do it in the most efficient manner possible and recover revenues for long-term sustainability. Until such time, stand-alone solar PV systems and micro-grids will continue to be favored by many rural households and increasingly productive businesses.

What is also required is to considerably improve the operational efficiency of the DISCOMs by undertaking change management capacity building programs as well as strengthening the electricity sub-stations and sub-transmission network. While accrued debt of the DISCOMs has been reduced, change management will help to develop the needed working culture. DISCOMs need to move from purely ‘administration’ to a mode of ‘enterprisation’ in decision making and management and from providing ‘public service’ to a ‘customer-centric service’ model.

At the same time, electricity delivered to the rural areas must be priced rationally so DISCOMs find it profitable to serve. For efficient management of local power distribution, the government should reactivate the distribution franchise system, once change management programs are initiated. The franchise system was operational in many states during the late 2000s and produced positive results towards revenue sustainability, but was discontinued recently due to internal DISCOM issues. It can be revived by engaging local franchise-entrepreneurs, including mini-grid operators (acting as independent electricity service providers, using their own generation and balance procuring at a wholesale price from DISCOMs, and then selling electricity at a weighted price. However, this will require changes in current regulation). These franchisees could be linked with the Skill India mission for building capacity on techno-managerial aspects and then supported with low-interest loans from the Micro Units Development and Refinance Agency Bank and others.

While developments in the sector are positive, what is needed to build a New India is to ensure that the remaining challenges are prioritized so that round-the-clock power for all is achieved by 2022, the 75th anniversary of India’s independence.