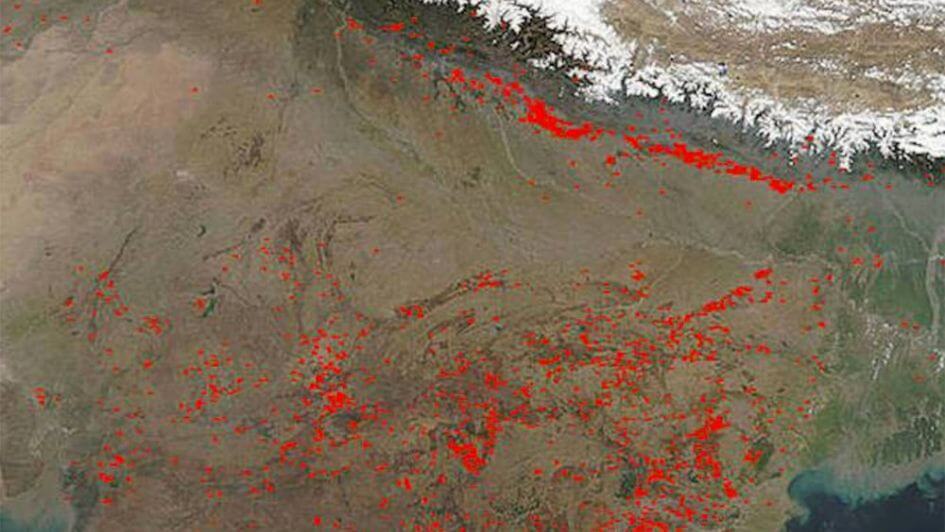 Solar energy has received most of the attention in India’s ongoing energy transition. But the country’s draft National Energy Policy (NEP) has called for putting greater resources behind projects that convert waste agricultural biomass into electricity.

The NEP, written by the central government’s planning agency NITI Aayog, identified a “need to now address other lagging renewable sources” such as biomass, and recommended the creation of a national bioenergy policy.

“The aggravation of urban air quality standards by stubble burning can be turned into an opportunity by promoting power plants based on agri-residues,” the NEP says. “A comprehensive Bioenergy Policy would lay the roadmap for promoting these plants which would also harness this resource, while addressing air quality concerns.”

Indian cities have some of the highest concentrations of particulate air pollution, with as many as 14 cities among the worst 30, according to a Bloomberg report. Burning of crop residue happens twice annually, after spring and fall harvests. India produces about 550 million tonnes of such residue every year, with Uttar Pradesh, Punjab and Haryana the highest producers.

Companies like Husk Power Systems have already developed a new biomass-solar hybrid micro-grid and is looking to build 600 of them in the next five years alone.